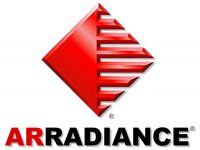 The AVS 17th International Conference on Atomic Layer Deposition (ALD 2017) featuring the 4th International Atomic Layer Etching Workshop (ALE 2017) (Download PDF Flyer) will be a three-day meeting dedicated to the science and technology of atomic layer controlled deposition of thin films and now topics related to atomic layer etching.  Since 2001, the ALD conference has been held alternately in the United States, Europe and Asia, allowing fruitful exchange of ideas, know-how and practices between scientists. This year, the ALD conference will again incorporate the Atomic Layer Etching 2017 Workshop (ALE 2017), so that attendees can interact freely. The conference will take place Saturday, July 15-Tuesday, July 18, 2017, at the Sheraton Downtown Denver in Denver, Colorado, USA.

As in past conferences, the meeting will be preceded (Saturday, July 15) by one day of tutorials and a welcome reception. Sessions will take place (Sunday-Tuesday, July 16-18) along with an industry tradeshow. All presentations will be audio-recorded and provided to attendees following the conference (posters will be included as PDFs). Anticipated attendance is 800+.

Awards: Both ALD 2017 and ALE 2017 will recognize student achievement with awards for the best student posters and/or talks. See Awards Page